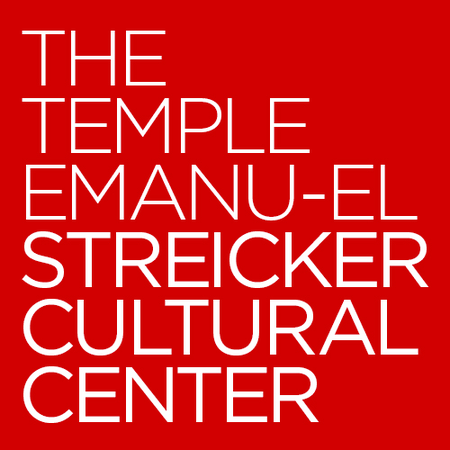 Home
About
Get There
Tickets

Closing Exhibition: In the Footsteps of the Crypto-Jews

By The Temple Emanu-El Streicker Center: Fall 2022 (other events)

Closing Program for:
At the Crossroad of Sefarad
IN THE FOOTSTEPS OF THE CRYPTO-JEWS

For centuries, the clues should have been obvious, hinting at secret histories forged by the obsession of long-dead monarchs:

But the traditions and coping mechanisms of the descendants of Crypto-Jews who fled or survived the Inquisition remain murky, even more than 600 years after the massacres that coerced more than half of Spain’s Jews to convert to Catholicism - and 500 years after those who did not were formally expelled.

The Bernard Museum’s exhibition, created by ANU – Museum of the Jewish People in partnership with the Jewish Heritage Alliance, explores the history of the descendants of Jews: those who fled, those who were forcibly converted and those who only pretended to be converted.

Visitors will travel across time from the Golden Age of Iberian Jewry under the Muslim Moors; to their Christian persecution; their flight to Europe, North Africa, the Balkans and the New world; and the unique customs they developed to retain their heritage.

Tonight marks the end of this exhibition, and we will celebrate it together. The celebration will begin with guest speaker Dr. Isaac Amon, Director of Academic Research & Program Development at the Jewish heritage Alliance. A first generation American, Dr. Amon's paternal ancestors originated in 15th century Spain before leaving the Iberian Peninsula due to the Expulsion of 1492. Over the centuries, following their arrival in the Ottoman Empire, they served as Chief Rabbis, diplomats and physicians to the Sultans.

We will then be treated to a culinary demonstration by Israeli-chef, Alon Hadar, on how to prepare and cook Kubbeh, a traditional Iraqi dish, which has gained a popular following in the States in recent years. A tasting will follow.

Finally, the evening will feature a musical program by Trio Sefardi.

Trio Sefardi, is a northern Virginia-based ensemble, performs traditional songs of the Sephardim, the descendants of Jews exiled from Spain in 1492. Their repertoire draws on the song traditions of the Sephardic diaspora from the former Yugoslavia, Greece, Bulgaria, Turkey, and North Africa, with a special emphasis on traditional and original songs they learned from their mentor, Bosnian-born singer/composer and 2002 National Heritage awardee Flory Jagoda. The trio has performed extensively at prestigious East Coast concert venues, festivals, synagogues, and Jewish community centers since forming in 2010. Members of the trio are Susan Gaeta, lead vocals, guitar; Tina Chancey, back-up vocals, viola da gamba, Renaissance violin, Pontic lyra, rebec; and Howard Bass, lute, guitar.

The museum will be open one hour prior and will stay open for one hour after the evening's program.

Temple Emanu-El will require proof of Covid-19 vaccination, along with valid photo identification, to enter the venue. Masks are no longer required but are available to those who request.

Please avoid bringing large bags, backpacks, and luggage to the venue. All persons and belongings are subject to security scanning and inspection. Security personnel reserve the right to limit access to the premises.

other events by this organization